Mountain Records - We Made them Famous (well we tried).

Mountain Records played a major role in making a number of Cape (South Africa) based artists "famous". What ever the artists may tell you, we can promise that most of them were largely unknown as recording artists, and in most cases as live performers as well, when we stepped in. Making them famous (perhaps not single handed) is our speciality! Of course not all releases were a success but in all cases we raised the profiles of the acts concerned. What follows (not chronologically) is the ongoing story as we saw it.

We had a motto from the beginning, that we were the first to adopt  - Local is Lekker. The label is owned by Patrick Lee-Thorp who credits the idea of the motto to multi-talented, theatre director, actor and writer, Pieter Dirk Uys, who Lee-Thorp had worked with a few years before. He can not remember if Uys put it in these exact words however Mountain used the phrase and popularised it with their first major successes.

To begin with Mountain Records product was manufactured and distributed (a P&D deal as it is known) by EMI in South Africa.  All of the signing of acts, production and marketing was controlled by the label, based in Cape Town. One on the companies owned by EMI, CCP Records based in Johannesburg, were responsible for Mountain product within EMI and the label enjoyed a good relationship with the unit particularly with the promotions department (in the person of Andy Darlington) who played a central role in the "breaking" of some of the first acts on the Mountain Label. 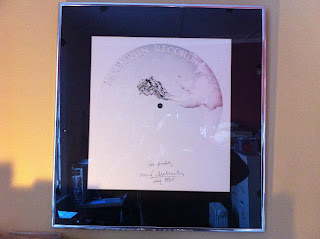 Following the establishment of a base in Germany in 1987 the label began to manufacture CDs and as there was no CD plant in South Africa at the time, the CD product was imported into the country. This changed the deal with EMI who continued to make the LP and Cassettes. At the same time Aris, a devision of BMG Germany began to distribute titles issued on Mountain Records and the sister label, Sea Records.

Later on the two labels were registered with the German GVL, the official register of labels in the country. Mountain got the label code (LC) 6107 and Sea Records LC6108.

The artists - were: (Not in order of signing).


Not final text - To be continued.

Posted by Mountain Records at 06:09